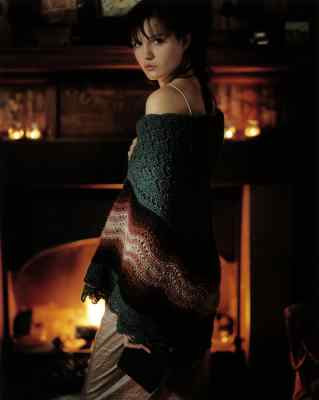 Well, next month begins a knit-a-long.

Apparently, there are a number of ways to make Shetland Hap Shawls. The old way is to knit each of the borders separately from one another, as well as the center square, then piece everything together.

The modern way is to knit the center square first, then knit the borders in-the-round. This is done all in one piece with no seaming!

The reason behind the old way was to allow Shetland knitters the opportunity to knit smaller projects while doing other things, like strapping baskets full of peat to their backs and carrying them from one point to another. With the baskets secured to their backs and shoulders with leather or rope, of course, their hands were free to knit while they walked.

Now I know that is a wee small picture, but I found it at the top of the page here. Notice the caption to its right on that page.

(A Basket of Peat) From a photo taken around 1890 in Scalloway, Shetland. Peat was the main heating fuel and was carried home on the (padded) backs of the women. No idle hands here, she knitted as she trudged along, with her heavy load.

As trudging along with peat strapped anywhere to me is not on my daily agenda for 2009, I opt to knit in the modern way. A couple of months ago, I cast on for the center square: 85 stitches for 170 rows of garter stitch. I can do that!

What I am unsure about is the pick up and knit the lace pattern around the square. Hence, the knit-a-long. I am hoping someone much smarter than me can figure it out and 'splain it to me v e r y s l o w l y to make certain I actually get it.

Unlike the first photo above, my main color will be a deep blue, as seen on the far left of this photo, as well as the second from the right. Here is my color scheme: 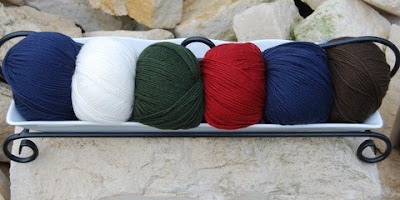 For a little better shot of the last two, here's another shot: 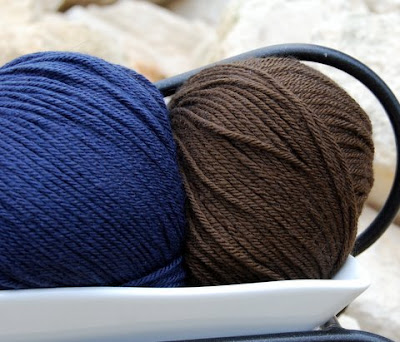 The colors are slightly more subdued and not quite so bright as in the pictures, but I am well pleased with the selection. I just hope I have enough to, literally, go around.

Lolly said…
I'm with you. In fact, I think i'm ahead of you! That doesn't happen often! I'll admit, I've been working on mine for the last few weeks. It's been my "easy" project - worsted yarn and 10.5 needles. I'll try to work up a post on how it's going. I've already picked up the stitches around the square and am working on the border.
March 28, 2009 at 12:32 PM 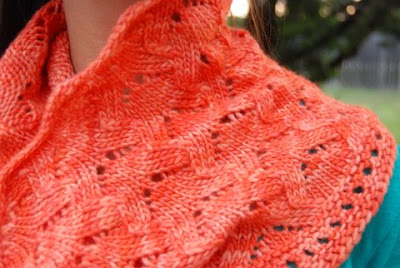 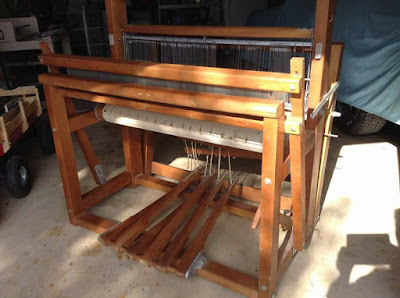